Posted on December 28, 2013 by The Vintage Teenager

27 December 2013 was my first wedding anniversary. We eloped to the top of a mountain in Queenstown. It was everything I never imagined it to be. That is not a typo. I did not see myself getting married so the whole marriage, wedding, eloping gig came as a complete surprise slash gradual awareness to me. From there the whole moment evolved in such an organic and wondrous way, it was magical. Anyway i’ll post more about that another time…what I was getting to was the fact that we did not have a honeymoon. We kept saying that we would, and then putting it off for so many reasons. then all of a sudden it was November and we still hadn’t had one. Then it was summer holiday time…we thought about going overseas but it is the rainy season in the tropics so i suggested that we do that thing that we had been talking about doing for years: a motorcycle tour of the South Island. We wanted to explore our own country and go some places close to home that we had never been. It would be the adventure of a lifetime – on two wheels.
The time frame that we chose to travel fell between Dec 23rd and Jan 05 with out first wedding anniversary right in the middle so the trip became our Honeymoon/first wedding anniversary trip or ‘Honey-versary’.

For our special day we chose the honeymoon suite at Dock Bay Lodge in Te Anau which was so divine and looked out over their beautiful grounds to the golf course and across to the lake. We booked dinner at the very best restaurant in Te Anau: Redcliff Cafe. (I did adore the typo in the menu – I love lamp!)

We were lucky to meet another couple staying at the lodge who were also celebrating a wedding anniversary…their 32nd. (impressed much). They kindly gave us a ride to and from the restaurant so we didn’t have to take the bike, or drive. We asked them for their advice to a long and successful marriage and the husband replied: “Two words: Yes Dear.”
So there you have it, advice from absolute champions at this marriage game. 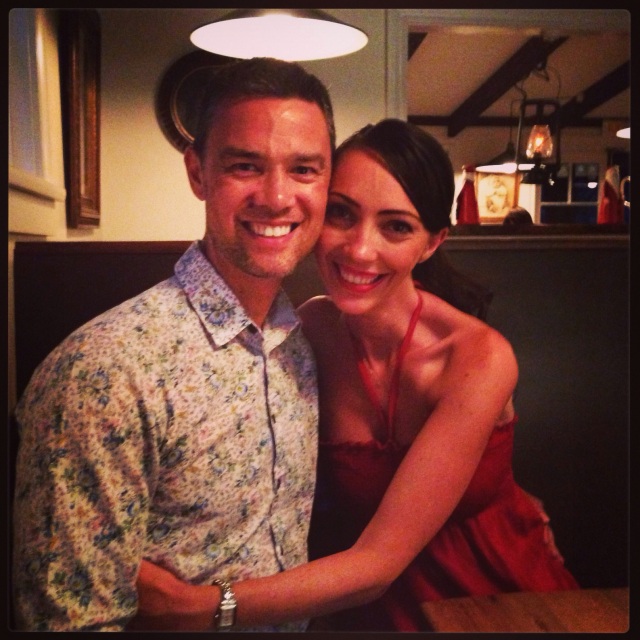 Blogger, stylist, human
View all posts by The Vintage Teenager →
This entry was posted in Adventure of a Lifetime, Fun (Funity), On two wheels and tagged Adventure, Holiday, New Zealand, On two wheels, South Island, Travel, Travelogues. Bookmark the permalink.