Posted on December 28, 2013 by The Vintage Teenager

Doubtful Sound is so named due to the fact that the chance of there being wifi or cell phone coverage is doubtful. This is only a problem if you are a social media whore like I am. In the real world this is not at all a problem, in fact it is an advantage. So while there is not any chance of tweeting or receiving a text there is a chance that Doubtful Sound will take your breath away with its magnificence. (when I first wrote that sentence I wrote ‘beauty’ then I looked out the window again at the view of the sea and the mountains, I recalled the majestic albatross that flew past the boat when we were in the Tasman Sea and I pressed backspace several times and changed it immediately to ‘magnificence’) Much better.

After a very relaxing cruise from Manapoui we drove in a van over Wilmont Pass. Past subtropical rainforest with over 350 species of moss and what looked like as many ferns. The view from the top of the pass looked right down the sound. Stunning! We drove down the second steepest piece of roading in NZ (after Baldwin St in Dunedin). Once at the bottom we jumped on board a vessel called the Tutoko II which will be our home for the next 24 hours.

We cruised the length of the sound right out into the Tasman Sea and found a spot for fishing. We caught many different species of fish: blue cod – huge blue cod the size of which I have never seen before and sea perch. I caught a terakihi and a scarlett wrass. The South African couple from Brissy caught a freaking shark!!! (which we released).
Our awesome skipper Dave (a kindred spirit with three cats like Moi – one psycho cat balanced out with two tonkinese – we are like twins!) went for a dive and came back with a few cray which were all measured to make sure they were the legal size and were then then made to walk the plank into a bucket of cold fresh water where they met their makers. Now as I type they are bubbling away in a pot with very little water and lots of steam. mmm dinner.

We visited a seal colony where they were all wearing fur. It must be making a come back. I gave them my official seal of approval. We watched one seal journey his bulk right down the side of the large and steep rock face he was on and he caught a wave into the ocean and disappeared. No sign of Heidi Klum.

A massive cruise ship went past dwarfing us, we also saw a bunch of fishermen who were so proud of their catch that they hoisted it high into the air above their heads so that we could see it from some distance. It was a massive groper that looked to be about as long as the nine year old on board is tall.

Now we have tucked the boat into Blanket Bay (which I originally misheard to be named ‘Wanker Bay’. I was about to invent a colorful reason for that name and I realized my mistake. LOL.) Dinner is being prepared (freshly caught fish and crayfish) and we will soon be settling down to enjoy kai moana!

Husband has gone for a kayak and is off exploring a waterfall while I catch up on recalling the days adventures before I forget the detail. 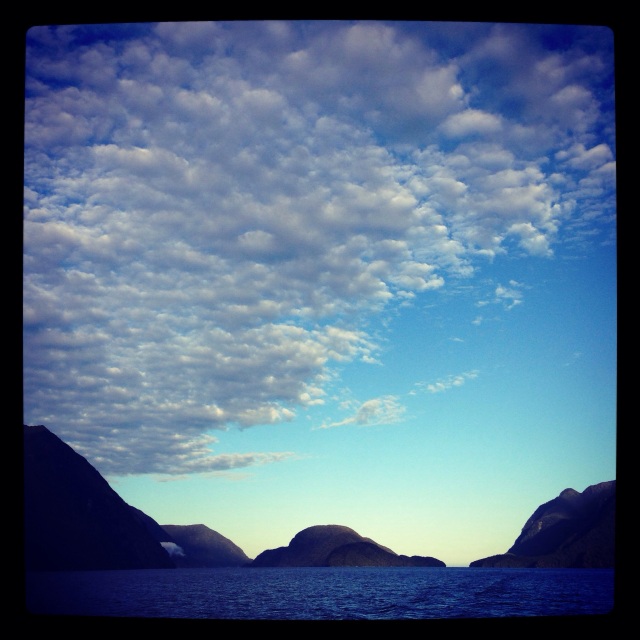 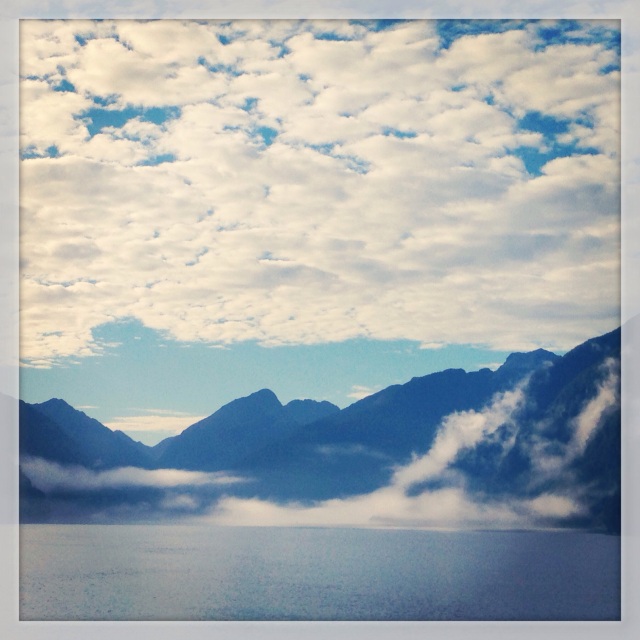 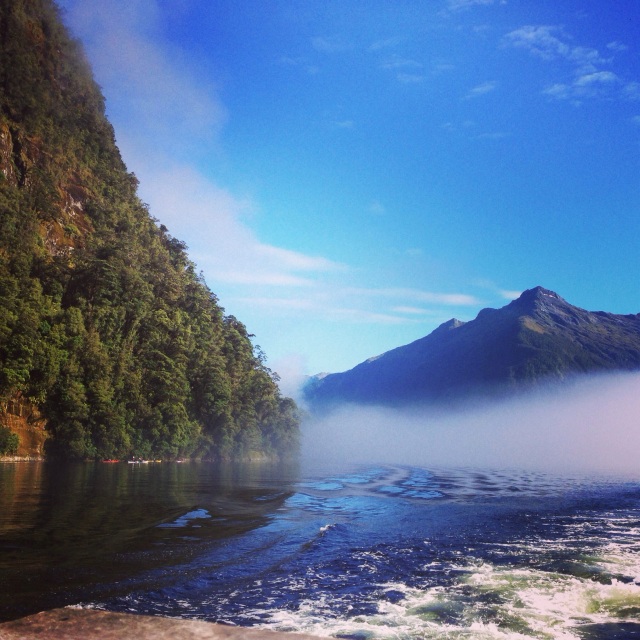 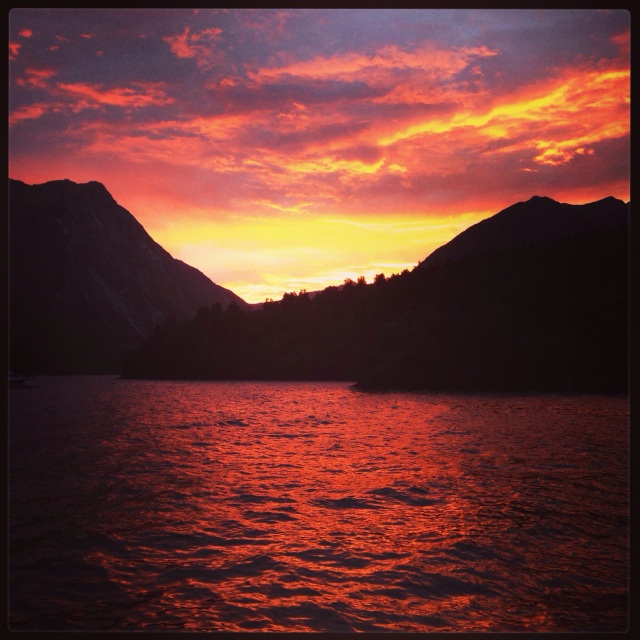 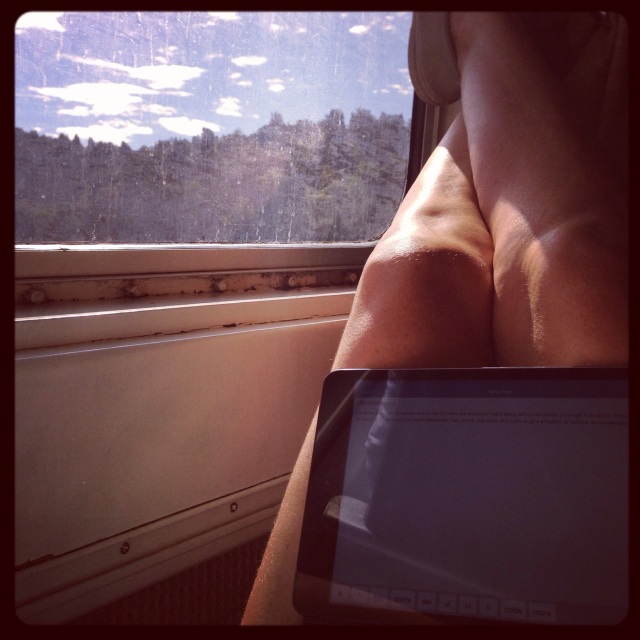 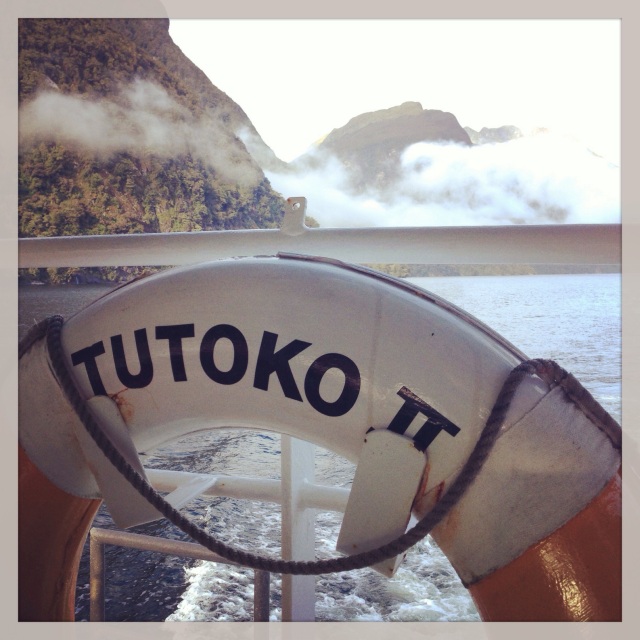 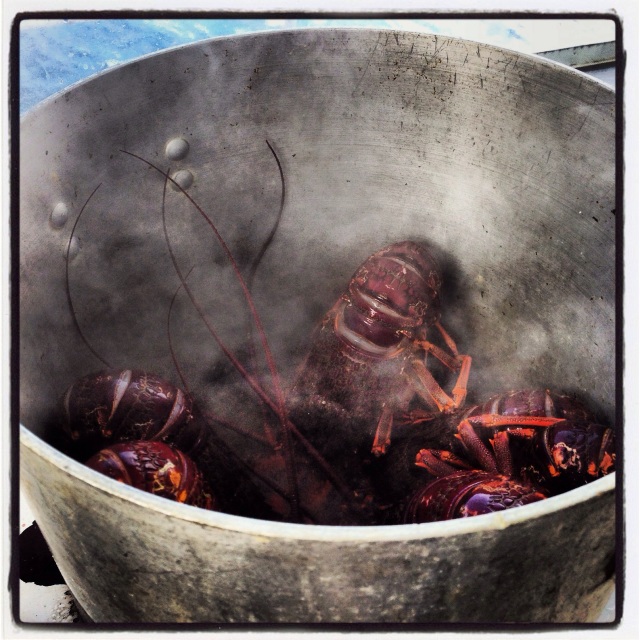 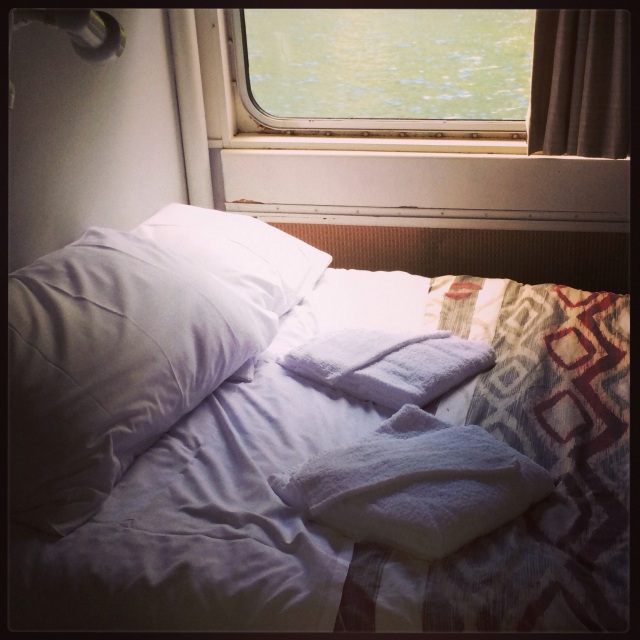